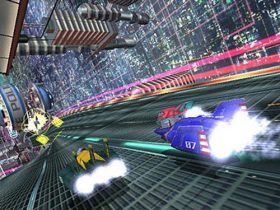 Miyamoto: F-Zero could return on Wii U

Nintendo has announced that a Super Mario Maker update will be distributed worldwide next week.

That will introduce five changes to the Wii U exclusive on Wednesday 4th November. This primarily adds the ability to add mid-level Checkpoint Flags to your courses, placing locations in which the player will restart if they fail.

Those that have already uploaded courses can chose to edit and re-upload them, rather than recreating them entirely from scratch. However, users will be unable to upload courses if these are placed in menacing positions, so the rules still apply!

As a bonus, Nintendo has also added a more challenging version of Gnat Attack, a playable minigame that can be accessed if you continuously shake a Muncher.

The biggest news is that Nintendo will add a new ‘Official Mario Maker courses’ category to Course World which will feature courses made by Nintendo. Whereas Event Courses will be added, which are described as worldwide courses for special events.

These will feature levels from “partner creators outside Nintendo,” with the first being ‘Ship Love’ – the winning creation at Facebook’s ‘Hackathon‘ event held a few months ago. This will be followed by the level that was featured in the final round of Penny Arcade Expo’s Omegathon event this year. The bonus? Nintendo has teased that these “may even feature new Mystery Mushroom transformations,” so you can look forward to those.