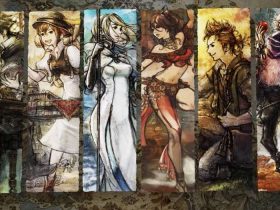 Nintendo has revealed that you can turn the Angry Sun into a Moon in Super Mario Maker 2, this new addition letting you create night-time courses for the first time.

While the mustachioed hero loses a life whenever you hit the Angry Sun, grabbing the Moon will see you wipe out a screen of enemies.

In night-time courses, you should expect surprises based on the theme. In the Ground theme, Goomba’s will float. The Underground theme turns everything upside down. Whereas with the Ghost House theme the lights will dim, while the Sky theme will reduce gravity at night.

The Desert theme will be struck by a sandstorm, the Snow theme will be even more slippy, and the Forest’s waters will become poisonous. Some items will even transform at night, such as a Super Mushroom into a Rotten Mushroom.