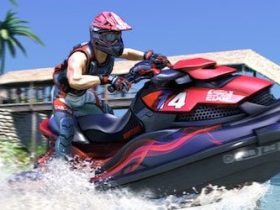 Following on from previously announcing that NES classic The Legend of Zelda would be available to purchase from the Virtual Console on Nintendo eShop, Nintendo have confirmed that Super Mario Bros. is to be the second.

It’ll be available from January 5th priced at 500 Yen, having previously only been provided through the Nintendo 3DS Ambassador programme as part of the free selection of Famicom/NES and Game Boy Advance titles for early adopters of the handheld.