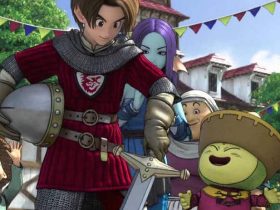 Having claimed to have learned valuable lessons from the lack of momentum behind the 3DS early on, it can perhaps be seen as ironic that Super Mario 3D World arrives on the scene in a situation that Nintendo must be finding all too familiar.

With Pikmin 3, The Legend of Zelda: The Wind Waker HD, and Wii Party U, to name but a few, not resulting in a dramatic improvement to hardware sales, it falls to 3D World to help bolster their position at such a crucial point in the year – even in the wake of emerging next-gen competition. However, in Nintendo we trust, and this latest jaunt with their Mushroom Kingdom inhabitants is a promising step forward to replicate the resounding success that 3D Land achieved before it. And boy, what a ride it is. 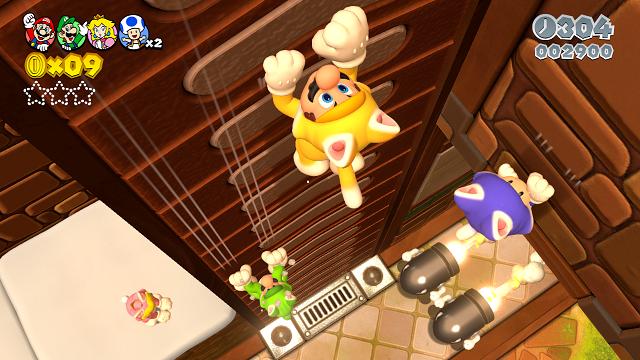 We’re transported to the newly introduced Sprixie Kingdom this time around, the realm’s princesses having become the victim of Bowser’s dastardly plans. Unclear as to what his intentions are, Mario, Luigi, Princess Peach and Toad rush to their rescue, working together to bring the King of the Koopas down. And it’s down to you and your pals to guide them through everything 3D World has to throw at you.

3D World retains much of the style and substance that its successor feverishly displayed at every turn. If the luscious vistas now resplendent in HD weren’t enough to sway your gaze, then EAD Tokyo’s unrivalled level design and unabashed sense of fun are the key ingredients to this potent mix, once again delivering in spades.

Accessibility once again paves the way, with Nintendo courting their family-friendly appeal by introducing four-player to a 3D Mario title for the very first time. All manner of controllers are supported in addition to the Wii U GamePad – be that the Wii U Pro Controller, Wii Remote and Nunchuk, Classic Controller Pro or standalone Wii Remote – meaning that those with such accessories lying around can promptly get anyone else in on the action.

The playable characters themselves retain their usual traits: Mario having a balanced skill set, Luigi leaping the highest, Peach having her mid-air hover, and Toad being the speediest runner, whereas Rosalina, announced in last week’s Nintendo Direct, grants further variation with her spin attack once you’ve exhausted yourself to unlock her. 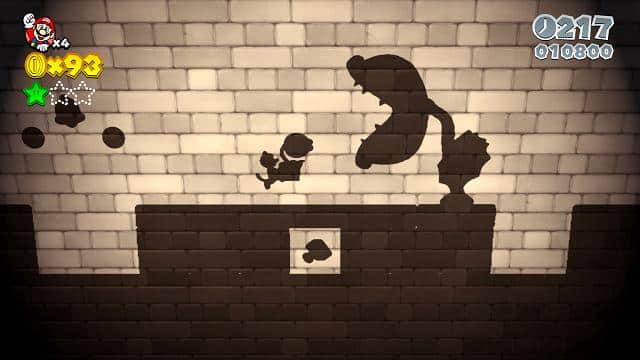 The Tanooki Suit and Boomerang Suit return, as well as the impervious-to-damage White Tanooki Suit as an optional extra for those that repeatedly die in quick succession. Yet it is the collection of new power-ups that truly elevate the game, whether that be the head-mounted Cannon Box which blasts enemies, the Goomba Mask that disguises you, a Handheld Piranha Plant that chomps nearby foes, a Torch Box which can neutralise ghosts, and the Double Cherry, which produces a clone that may be used to double up your attacks and be safely guided to designated goals for rewards.

Yet it is the Super Bell that steals the show, turning your character into a wall-climbing feline that can scurry up Goal Posts and scratch foes with the best of them. As with the Tanooki Suit in 3D Land the Cat Suit plays a pivotal role here, bypassing the expectations of being solely dashing toward the course’s end, it invites you to be more exploratory in approach – clambering around as you hunt out the Green Stars and Miiverse-supported Stamps that are scattered throughout each.

It’s 3D World’s breadth of variety that accentuate the game’s consistent level of joy throughout, switching things up regularly to avoid undue repetition. Stars are necessary for completion, so be prepared to return to courses if you haven’t gathered enough to unlock the boss stage at the world’s conclusion, but with so many different methods of play and hidden surprises this barely feels like a chore.

Away from the standard courses, whose ingenuity rank among Nintendo’s best, 3D World is a game that keeps giving, additional content away from the beaten path providing a break from its otherwise intensive platforming.

Captain Toad’s Adventure Courses are but one part of this, 3D levels in which you must collect five green stars within the time limit without enjoying the luxury of being able to jump. These are welcome diversions, which I hope Nintendo will see fit to one day develop into a fully-fledged Nintendo eShop title of its own.

Mystery Houses are their next effort where players must tackle quick-thinking challenges to secure multiple Green Stars, whilst Plessie’s Rapid Rides are laugh-a-minute downriver slides on the back of an eager orange dinosaur. If that’s not enough, those that have played New Super Luigi U will even discover NES classic Luigi Bros. as an option on the main menu. 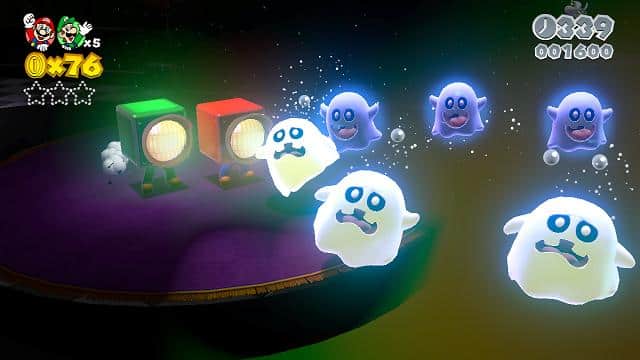 It’s in multiplayer that 3D World naturally shines, a frantic affair of wreckless abandon where players compete for glory by collecting, and achieving, more than their competition. This is heightened further through the addition of a crown, everyone contending to secure the superfluous item for themselves so that they can claim bonus points for their tussle to keep possession once they’ve leapt onto the Goal Pole with it. The necessity for everyone to remain on the screen,especially when you’re all wanting to go in different directions, can detract, although it isn’t enough to spoil the experience.

Wii U GamePad integration is largely made to assist the experience, which disappoints even if it understandably wouldn’t have been a focus with Nintendo looking to get so many players involved. Revealing invisible blocks by touching them, hampering foes, tapping blocks to break them, and blowing into the microphone to raise specific platforms aren’t new ideas, but add neat touches to the overall flow.

In the visual department 3D World’s an absolute spectacle. Whether that be the neon glitz of the game’s later worlds, players navigating through silhouetted sections, the characters speeding their way through translucent pipes, or simply the rain that gently trickles down the screen, it is proof enough that the Wii U has enough graphical potential for Nintendo to readily exploit. Matched by a gloriously jazz-infused soundtrack that motifs many of Nintendo’s popular themes, and not only those limited to the Mario series, 3D World proves an experience that is geared to delight from the outset. 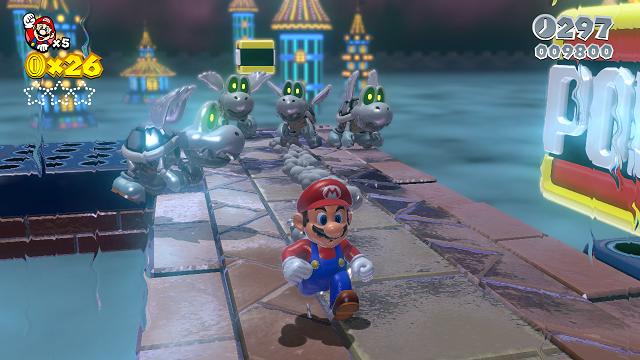 As a complete package, it is only Nintendo’s reluctance to tackle any form of online multiplayer that threatens to sour the experience. Ghost Mii characters are the closest that they come, which, downloaded automatically, see players witnessing how others have completed courses as they play, in the hope of uncovering the game’s secrets and learning new tricks. It’s a start, but not enough, and Nintendo must soon realise that their diverse audience can’t all readily gather their friends to play locally.

Yet by 3D World’s thundering conclusion, it is unquestionable that you won’t be left bedazzled by the entire experience. It may lack the intergalactic grandeur of Galaxy’s Wii debut, but Nintendo’s irrepressible creativity shines throughout. Reaffirming Nintendo as the leading software maker within a progressively competitive industry, 3D World thoroughly deserves the success that must surely be headed its way as the definitive system seller that Wii U so badly needed.