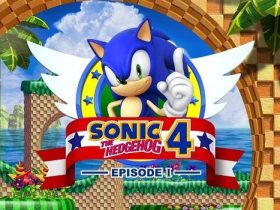 Blue dungarees, a red cap, and that magnificent moustache. Shigeru Miyamoto probably had no idea that his simple creation would become such a leading figurehead for Nintendo, let alone continue to remain to be one of the most recognised characters on the planet.

Having recently celebrated his 25th anniversary, Nintendo have disposed of the birthday cake and festivities and are immediately sending Mario back to work in an effort to stimulate disappointing, if steady, Nintendo 3DS sales. It’s a move that isn’t necessarily surprising; his recent galactic adventures, Super Mario Galaxy and its sequel, have amassed over 15 million sales between them, and, more significantly, New Super Mario Bros. DS alone has sold in excess of 26 million copies worldwide. The importance of Mario appearing to rejuvenate the Nintendo 3DS appeal can’t be understated, and it can at least be said that consumer enthusiasm for the intrepid Italian plumber sensation certainly isn’t waning. 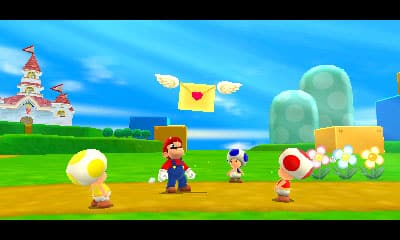 So, Super Mario 3D Land is his latest outing and you may remember that we were previously given the opportunity to go hands-on with the title just shortly after E3 a few months ago.

Whilst that was a demo build that featured four levels, this latest Nintendo hosted event, held to accompany the UK launch of the Metallic Red Nintendo 3DS, seemingly provided us with a near enough final build of the entire game. Regrettably we were only allowed to play to a specific point, World 2-4 to be exact, a Nintendo representative standing behind us eagle-eyed to prevent us from progressing any further. Needless to say, it was still a lengthy enough portion for us to enjoy and digest – enough of a glimpse to prove that without a doubt Nintendo have once again sprinkled magic on the age-old formula. 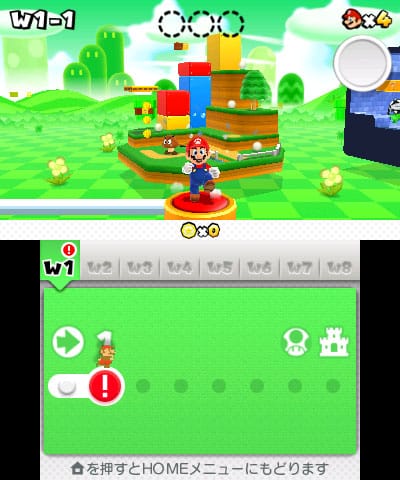 The end-product of Super Mario 3D Land’s design is a fusion of elements plucked from the original 2D Super Mario Bros. titles, pulled, twisted and expanded to occupy a more 3D space akin to that seen within Super Mario 64. The likes of a World Map, Power-up Suits, Pipes and Flagpoles all return as abilities for Mario such as running to gain a little momentum. All the while the glasses-free stereoscopic 3D, which continues to divide opinion, is put to almost perfect use to show off the capabilities of the hardware.

Mario finds himself grinding along on a two-way directional switch early on in the game, the camera continuing to pan above and around him as plumes of water occasionally blast the switch upwards to continual tracks. It’s visually impressive, and a lot of fun, a further example later on seeing Mario blindly leap off the side of the platform, the camera panning above you as you aim to land him atop the end-of-level Flagpole. Simple design maybe, but one that is greatly enhanced by the stereoscopic 3D. 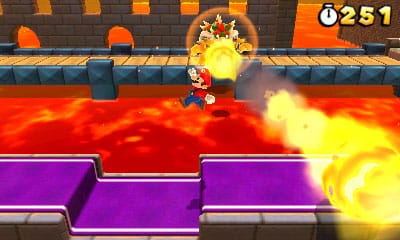 A showdown with Bowser (in which he noticeably had a Tanooki Tail…!?) sees the player tasked with dodging incoming fireballs whilst navigating their way their way towards him, before trying to bypass him to slam a button to cause him to stumble into a fiery pit. The concept is familiar, but the 3D space adds an entirely new dynamic that allows the entire encounter to feel far more immersive than ever before.

One of the most significant reveals within this latest playthrough are the inclusion of fixed Binocular points. Approaching and using these will shift perspective into first-person, allowing a temporary switch to gyroscopic controls and providing you with an opportunity to scout ahead of yourself in stages to spot enemies, obstacles, hidden paths or secrets. For instance, spotting a Toad hidden within an upcoming portion of level may cause them to throw down a handy 1-UP Green Mushroom to aid you. Aside from this, there isn’t much more to tell than explained within the last preview.

Nintendo have crafted Mario’s arrival on Nintendo 3DS incredibly well, resulting in one of the most innovative, visually engaging handheld entries to grace the series yet. It would be interesting to have seen how the Nintendo 3DS fared if Super Mario 3D Land had been available at launch, yet its arrival is sure to spearhead a positive retail assault.