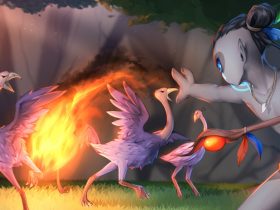 Become The Greatest Shaman In Tanzia On Nintendo Switch

CasualGames.nu have announced that Super Jumpy Ball will release on Nintendo Switch in September.

After first releasing on Xbox One in 2017 as one of the first games in the Xbox Live Creators Program, the 2D platformer now comes to Nintendo’s portable home console.

With the chance for up to eight players to play, the game challenges you to bounce and wall jump to overcome obstacles such as spikes and spiked balls.

Super Jumpy Ball will release on the Nintendo eShop for Nintendo Switch worldwide on September 6th, and will be made available to pre-order next month at a 10 percent discount.