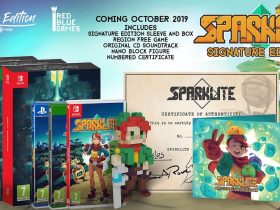 Konami has released another software update for Super Bomberman R, that now sees the Nintendo Switch exclusive sat on Version 1.4.1.

This is only a minor update compared to Version 1.4, that had introduced new content including Vic Viper Bomber, Simon Belmont Bomber and Pyramid Head Bomber characters, four new VS stages, and two new accessory series.

Hexadrive has now addressed a bug that would affect the player’s movement speed in the Power Zone stage, as well as “other small bugs.”