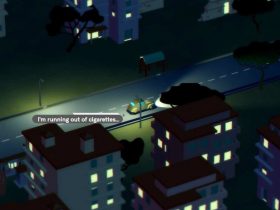 Wheels Of Aurelia Drives Along The Open Road On Nintendo Switch

Chibig Studio has confirmed a release date for Summer In Mara on Nintendo Switch.

You play as Koa, a young adventurer that wants to explore the world that surrounds her. She must also take care of Mara, her own island that is situated in the middle of the ocean. You can fish, chop trees with your hatchet, build things with your hammer and harvest your land.

That’s just the start, as you will have the chance to explore neighbouring islands by sailing on your boat, meeting other characters that each lead their own lives. They will offer hints and reveal secrets about the world, often pointing you in the direction of where any buried treasure lies.

With the developer having taken from The Legend of Zelda: The Wind Waker, Stardew Valley, Studio Ghibli’s movies and their childhood adventures, there are more than 250 quests that you will need to complete to make the world a better place.

Summer In Mara will release on the Nintendo eShop for Nintendo Switch as a timed console exclusive on 16th June 2020.