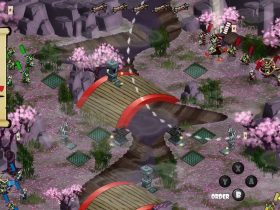 Conquer The Afterlife In Skulls Of The Shogun: Bone-A-Fide Edition On Nintendo Switch

When I write a review, I don’t generally like to refer to myself personally or on a personal level. However, I feel with this piece I want to say something about the title of this game; Suicide Guy. I’ve suffered with mental health issues for a very long time and I’ve often thought about suicide – I tried it once, but it didn’t stick. I asked our editor, Alex, if I could cover this game because I wanted to see if the title was a senseless grab for attention or if it warranted the use of such a loaded word. If I’m honest, the title sums up the game quite well; it’s a game where you take control of the main central character and repeatedly kill him. Of course, he’s doing this himself, so technically it’s suicide.

He’s doing this in his dreams, in order to wake himself up, because he dozed off on the sofa and spilt his beer. In a moment I’ll get to the actual gameplay, but that title is a sticking point for me. It really appeals to me because I treat my mental health with a flippancy that others don’t. I often refer to myself as ‘mad’ or ‘mental’, sometimes even ‘crazy’ because it’s easier for me, plus I’ve lived with it long enough that I can poke fun. Also, I have a sick sense of humour and believe that we should look at entertainment as something that runs alongside our lives and mental state. That said, a tiny part of me wonders if the developers will catch some flack for using a word that could grab headlines – I’m a bit shocked it hasn’t already. 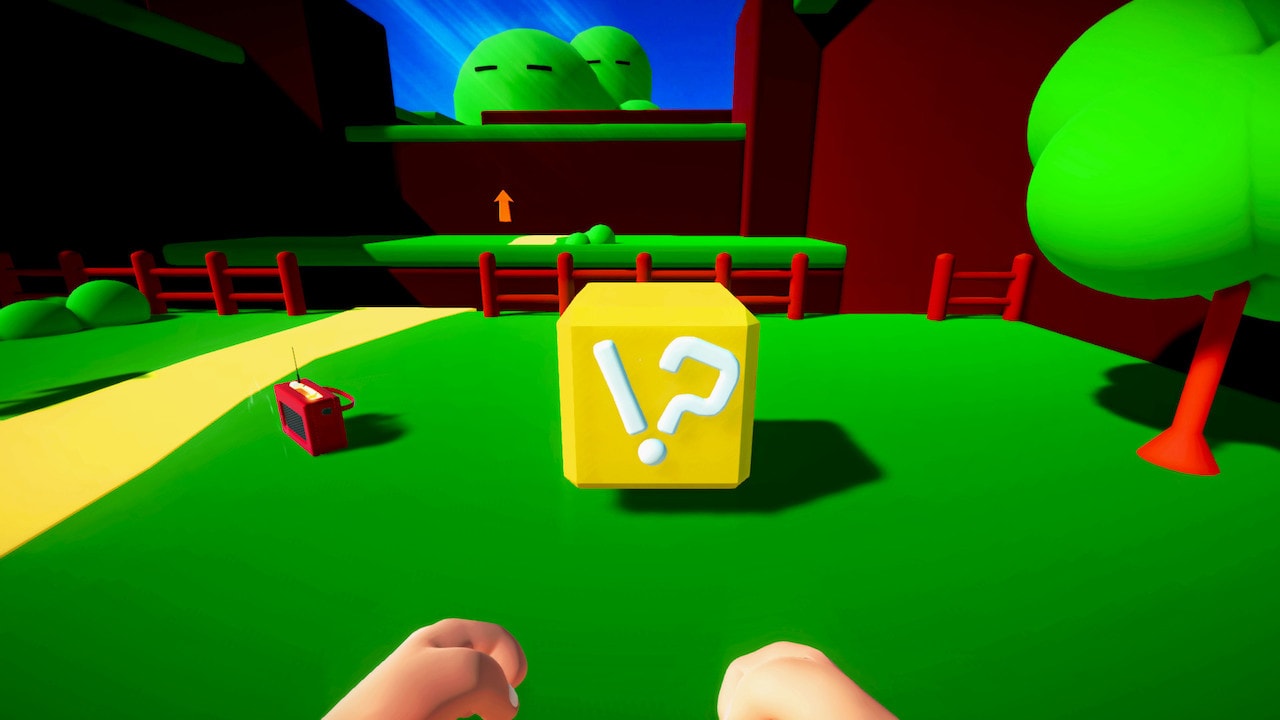 The thing is, the game is funny. It’s not particularly great, but it’s certainly funny and the concept is sound. Think of it as a comedy/cartoon version of Nightmare on Elm Street 3: Dream Warriors; the protagonists know something is going to go down unless they wake themselves up. The first level, Suicide Guy jumps from a building and, bear with me, I think he dies. It’s hard to tell because as he hits the floor, he wakes up. Plus, we’re hardwired to wake up in dreams where we’re falling, so it makes sense that he doesn’t die. Then, he takes a sip (drains half) of his beer before sleep overcomes him and the game truly begins.

The levels are all themed around pop culture references and other video games – Tomb Raider and Mario are in here, Indiana Jones and Portal, too. Other genre tropes are trotted out, like a runaway train in a Wild West setting. Some levels are just everyday environments, like an office, but they all have one thing in common; somewhere in the level is the ability to kill the character. He might get [REDACTED] or even [REDACTED], but he always ends up back in the hub world of his dreams, which happens to look like a diner designed by Warner Bros. In fact, most of the levels could have been designed by Wile. E. Coyote; they’re either ‘go here and press a big button’ or ‘set up a chain of events which result in death’. Sometimes it’s just about jumping, climbing and crouching in order to reach a point where death is the only way out. 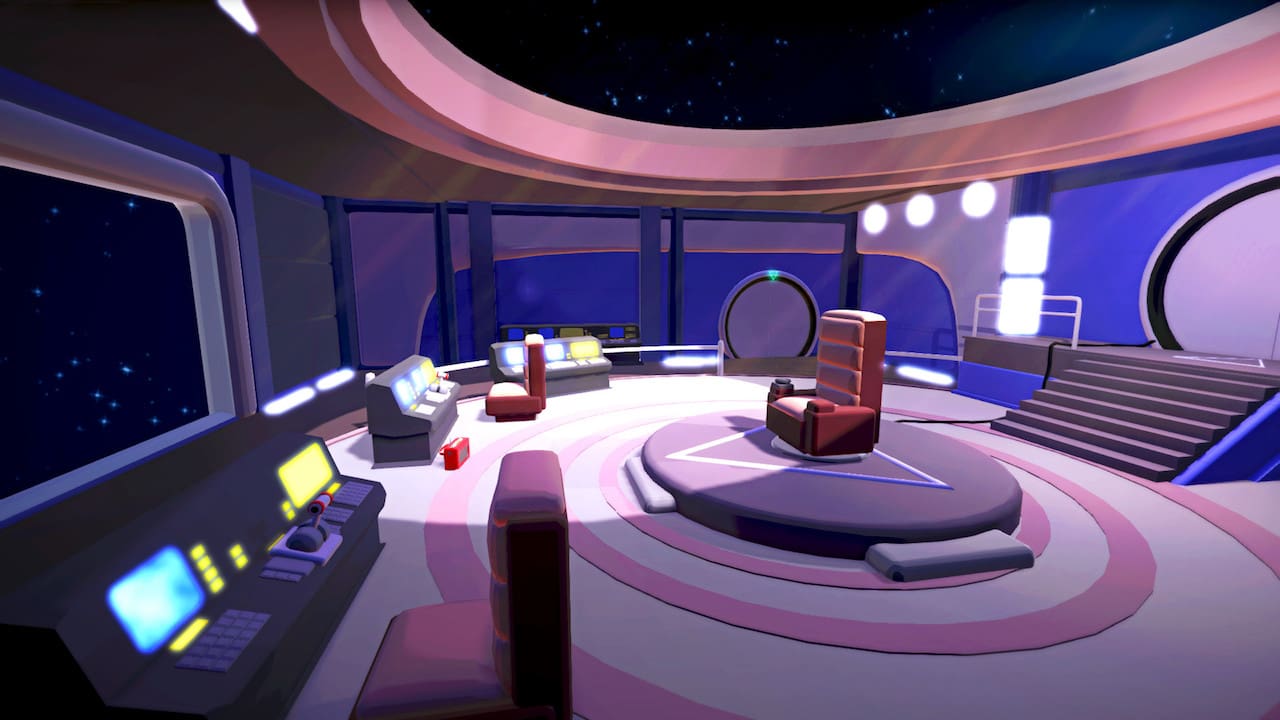 There’s a button for jumping, one to grab hold of things and another that uses items or interacts with the world around him. The developers have decided to adopt a style and feel that seems very popular at the moment in that it feels unpolished. It’s almost like playing Roblox or a bad port of Octodad. It’s clunky and cumbersome but feels so by design rather than by mistake. Whichever it is, it makes for a frustrating experience as he jumps into the air like a log bobbing out of a river. Often he climbs to ledges by seemingly levitating upwards and he pushes and pulls objects as if everything weighs the same amount or is on rails.

But the deaths are funny and outlandish (though a couple are a little too close to realistic), which is what they need to be. Most levels require the player to think outside of the box and explore everything before the solution (because these are basically puzzles) clicks into place. Remove the humour and the attention-grabbing name however and the game is shallow, a bit repetitive and not that much fun. The visuals are bold and colourful but 3D rendered, which makes them look like a bad Pixar rip-off from the early 2000’s and the sound design is a handful of annoying jingles, punctuated by sound effects that appear to have been created on a kids Yamaha keyboard. Would I recommend it? Not really. Is it a good game? No. But I love the fact that it’s out there. I also love the fact that it’s a game where death is encouraged. However, because we want him to die, it does remove any tension or risk of failure, therefore lacks excitement.

I like that the developers have taken an idea and run with it despite the amount of hassle it could have caused. I like the fact that Suicide is in the title because it makes the game stand out in a sea of titles that would otherwise avoid its use. It shows that developers are willing to take chances and the fact that it’s on a Nintendo console, shows that with this, Isaac and many others, Nintendo is finally letting players experience otherwise avoided topics. Even if the game isn’t that good.