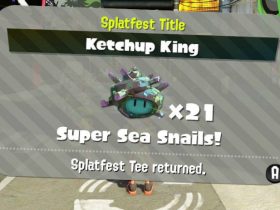 It’s 2299. As an interstellar war rages on, in an effort to save Earth from complete destruction you must pilot the Strike Suit.

This revolutionary fighter craft can transform into a lethal suit of space armor, with which you must participate in massive fleet battles and dogfight with your enemies.

Earth’s fate hangs in the balance and your actions will determine the outcome. While your immediate concern is to prevent the planet’s destruction, preserving its future is your ultimate goal.

You will engage intelligent enemy fighters and take on colossal capital ships – exploiting weak points in their super-structure to blow them apart.

There are four unique craft to pilot, with the chance to upgrade them and customize weapon load-outs to suit your playstyle.

Strike Suit Zero: Director’s Cut will release on the Nintendo eShop for Nintendo Switch worldwide on May 1st, priced at £15.99 ($19.99).