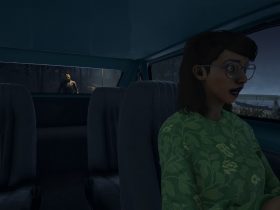 Stalk Your Prey In Friday The 13th: The Game Ultimate Slasher Switch Edition

Dotemu, Lizardcube and Guard Crush Games have confirmed a release date for Streets of Rage 4 on Nintendo Switch.

They have also revealed that the Battle Mode will return from Streets of Rage 2 and Streets of Rage 3, a “feud-settling battleground” to help you compete to see who can clear Wood Oak City’s alleys more efficiently.

There are retro throwbacks to the original trilogy, such as “unlockable pixel art characters with movesets and abilities unique to their respective games.”

Streets of Rage 4 will release on the Nintendo eShop for Nintendo Switch worldwide on 30th April 2020 priced at $24.99.