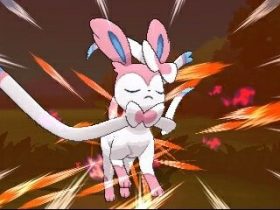 Nintendo’s inspiration for developing the StreetPass functionality that was implemented within the 3DS hardware came from Shigeru Miyamoto walking his dog, according to Nintendo of America’s Bill Trinen.

Such occurrences had lead to Tag Mode being created within Nintendogs, the idea deriving from Miyamoto randomly meeting other dog owners on his journeys,

“Well StreetPass originally actually dates back to the original Nintendogs on Nintendo DS. The idea for it came from Mr. Miyamoto’s experience as a dog owner,” Trinen explained to Nintendo World Report.

“I don’t know if you’ve ever had a dog, I’m a dog owner myself and can verify that this is very true. When you have a dog and you take your dog on a walk you invariably encounter other dog owners and because of the fact that you both have dogs you generally stop and talk to one another and have a conversation with somebody or an encounter with somebody that otherwise you might not have.”

He continued, “So, he wanted to try to find a way to replicate that dog walking experience in Nintendogs when they were working on the game and the result was what, at the time, was called Tag Mode, but essentially it served as a StreetPass connection in Nintendogs itself. Hideki Konno was the producer on that game and when he was working on the 3DS hardware he really wanted to take, what he thought, was a pretty unique feature and a unique way to connect players together and integrate that into the 3DS hardware itself. That was really where the 3DS StreetPass feature evolved from.

Hideki K
“In Japan in particular on DS Nintendogs was a pretty popular kind of game that leveraged that, but Dragon Quest IX is when it really took off and Konno-san, I think a little bit out of jealousy, wanted to one up what Dragon Quest IX had been able to achieve. So [he] integrated it into the Nintendo 3DS hardware.”