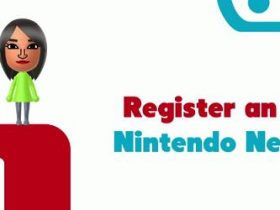 How to connect your Nintendo Network ID on Nintendo 3DS

As Game Informer’s March cover story, the magazine continues to deliver a month of exclusive content related to The Legend of Zelda: Breath of the Wild.

Lucky enough to have had the chance to chat to The Legend of Zelda creator Shigeru Miyamoto and series producer Eiji Aonuma as part of that, the conversation for their latest content touches on the importance of storytelling to Link’s adventures.

“So a lot of times, people maybe have heard me say that story doesn’t matter and I might have said things like that, but it’s not that I think that story is unnecessary. It’s misconstrued,” Miyamoto explained in the video. “When you’re playing a game, the story is there to give the big world you’re in some substance and meat. And because you’re the protagonist in the game, that’s what you should be doing.

“I think, also, when a story is set too strictly already, you can only follow a certain path. There’s also times where it takes so much time to set up the story, that you just want to get into the gameplay but you can’t because there’s so much set-up. But that’s not the case for Breath of the Wild, right?”

Aonuma added: “Mr. Miyamoto has said that story is unnecessary and I totally agree that it’s not necessary, but in Ocarina of Time there were four girls and it was important to create a storyline where you meet them and then to part ways with them. So aside from the gameplay itself, I think that a storyline is an important factor.”

Miyamoto continued: “And I remember saying that, as part of the player’s growth that they go through the meeting with those four female characters is very important. And a lot of people wonder how that came about, but it’s really something that the player can create within themselves.

“You know, with Breath of the Wild, I think this is really done well. Because it’s the type of game where every person has their own story that you can experience through the game. Even in the beginning of the game, there’s very minimal talking and then you get right into the gameplay.”

With a question raised about how players will witness the story given the freedom that the open-air adventure has granted the experience, Aonuma pointed to a “trick” that he has implemented.

“There is a little bit of a trick that I implemented this time,” Aonuma teased. “This idea is something I’ve had since I started developing games 20-some odd years ago. So I really want you to look forward to playing the game and finding this something that I put in there.”

When asked whether it would be possible for players to not see the story scenes, Aonuma replied: “Yeah, it’s totally possible. These are all decisions that the player can make themselves.”

The Legend of Zelda: Breath of the Wild will release exclusively on Nintendo Switch and Wii U worldwide on March 3rd.