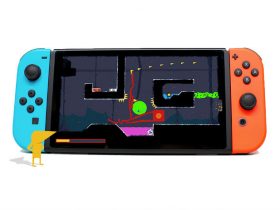 Bend And Break Your World In Membrane On Nintendo Switch

Marvelous Europe has confirmed a release date for Story of Seasons: Friends of Mineral Town in the region.

Originally released for the Game Boy Advance in 2003, this “complete remake” presents the chance for fans to revisit the world of Mineral Town while introducing it to a new generation of farmers.

The first mainline title to be released for Nintendo Switch, players will be challenged to grow crops, take care of animals, and build relationships with villagers.

Story of Seasons: Friends of Mineral Town will release at retail and on the Nintendo eShop for Nintendo Switch in Europe, Australia and New Zealand on 10th July 2020.