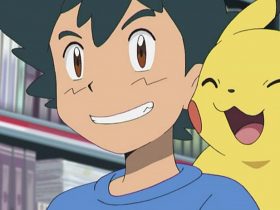 Convict Games has announced that STONE will release on Nintendo Switch next week.

This award-nominated stoner noir adventure follows Stone, a koala private investigator who must piece together his drunken haze-fragmented memories of the night before.

That’s because he receives an ominous call threatening to upheave his entire life after realising that his “chookie” Alex – a lorikeet raver and artist – has gone missing.

The interactive adventure will see you stumble your way through Oldtown, a location crammed with bars, clubs, theatres and more. You can choose to take a Hard-Ass or Soft Touch approach when interrogating other animals “with bad attitudes and a deep repertoire of Australian slang.”

The developer has taken “huge inspiration” from music, with STONE having a heavily-curated soundtrack that has licensed tracks from several upcoming indie artists – each song having been chosen to reflect moods in the story and covering genres such as hip-hop, stoner metal, techno, house and more.

“STONE may not be for everyone, but we hope it’s wild, artistic nature, and Australian influences resonate with those craving a narrative unafraid to ‘go there.’ For STONE, we’ve been tapping into the influential works of counterculture icons including Charles Bukowski, Hunter S. Thompson and Thomas Pynchon, classic stoner noir films such as The Big Lebowski and Inherent Vice, and other narrative-driven games including Firewatch and Grim Fandango.”