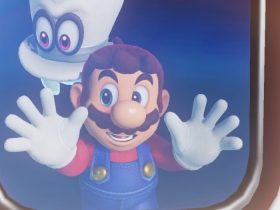 Ubisoft has released a new Starlink: Battle for Atlas story trailer, hinting at what events await in the upcoming action-adventure game.

We first see the team of heroic interstellar pilots that you will join arrive in the Atlas star system, where the evil alien Grax and his Forgotten Legion are looking to harvest Nova.

You will ally with the factions that you meet on exotic alien worlds, working together to push back the Forgotten Legion who want nothing more than to take over the star system.