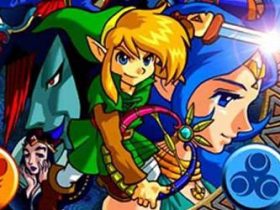 “An elegant weapon, for a more civilised age.” That’s arguably one of the best quotes from A New Hope, but after playing Star Wars Jedi Knight: Jedi Academy, I think it can be applied to that as well. I hate to be the Han Solo of it all, but I’m not sure it’s held up quite as well as a Lightsaber…

The Jedi Knight games were once regarded as some of the best Star Wars games out there. They were pretty much universally loved for their mix of realistic lightsaber battles, a protagonist that people still seem to love and a focus on the best part of Star Wars: the Jedi. It’s thanks to this cult classic status that they’ve all seen remasters for the current generation, bringing these games to a new batch of Star Wars fans.

Star Wars Jedi Knight: Jedi Academy is the swansong of the franchise and went all out with the reason everyone played in the first place: the Jedi. Rather than playing as Kyle Katarn, you get to customise your own character named Jaden, although this is more interesting than you might think. You get a few different races to choose from, and Jaden isn’t a silent protagonist and is actually rather involved in the story, with your choices actually affecting how it develops.

Despite not playing as the series’ famed protagonist, I was surprised by my interest in the story and its characters. It doesn’t go much further beyond the sort of themes you’d expect from Star Wars, but that’s not necessarily a problem. It gets you travelling from planet to planet and that’s the main thing.

Jedi Academy also lets you customise your force powers and Lightsaber which is easily one of the best bits. The introduction of both dual wielding and double-sided Lightsabers is also fantastic and makes this feel like the best evolution of the Jedi Knight gameplay.

Of course, Jedi Academy is no spring chicken. This game is over 15 years old now and it certainly shows, but if you came to this expecting more then you’ve got the wrong expectations. I will say this though, the music and sound design all hold up really well. It’s full of classic Star Wars noises that really make it feel like an authentic adventure in that universe.

Combat is really the main focus here and although it’s definitely a lot clunkier now than it was back in the day, it’s still pretty good fun. It never quite feels like you’re mastering it by any stretch of the imagination but it always feels really good to swing your Lightsaber, even if you’re not quite sure if it’ll connect. That comes from not having played the game for a long time, as I’m sure there are people out there who can chain backflips, force pulls and swings like it’s nothing.

Playing through these levels is a stark improvement from the second game in the series. It’s a lot more linear and easily understandable, which makes the idea of going back to Jedi Outcast’s labyrinths a grim prospect.

If we’re talking about the campaign, I would be remiss not to mention how awesome the inclusion of cheats are. Chances are if you’re playing the port of Jedi Academy, it won’t be your first time playing through the game, so the ability to warp to certain points and make it more fun for yourself is very appreciated, even if it is a bit of a Sith move.

Easily one of the best parts of Jedi Academy is its multiplayer. If you were a fan of Star Wars back in the day, chances are you’ve seen a million YouTube AMVs with gameplay from this multiplayer mode and that’s for good reason. Running around as Boba Fett with a double-sided Lightsaber rules and time can’t change that. Actually having the ability to play online is really cool too, although I can’t imagine too many people going back now.

Star Wars Jedi Knight: Jedi Academy is a perfectly serviceable port of a once-great and now good Star Wars game. For Star Wars mega-fans and the Jedi Knight nostalgic, it’s definitely worth a revisit, as long as you’re prepared for a reasonable amount of early 2000’s jank.