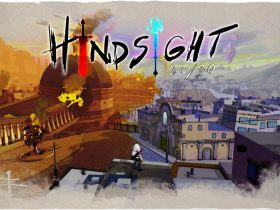 Explore Themes Of Morality In Hindsight 20/20 On Nintendo Switch

In the legendary action-adventure game, a Jedi outcast struggles with his past, enemies, and destiny.

You play as Kyle Katarn, an agent of the New Republic, and must use your lightsaber and the full power of the Force to fight back against a new evil that’s plaguing the galaxy.

With 13 weapons to wield that include the disruptor rifle, thermal detonators, trip mines, and Wookiee bowcaster, your skills will be tested in 24 single-player missions and four epic boss fights.