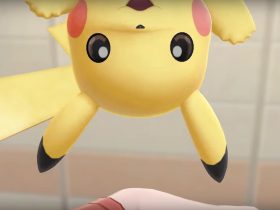 There was a game that my friends and I would play at university right before lectures started. It was a simple web browser-based affair controlled entirely with a single mouse button. In it, you were piloting a helicopter through a narrow cave as far as possible where one false move would result in game over. It was quick, addictive fun that had that one more go vibe about it. Now the reason I bring this up isn’t because I’ve lost my mind but rather Star Ghost takes this general idea and throws in some shoot ‘em up features too. And just like my university days, it kept me coming back for more.

What developer Squarehead Studios have created here is a game boasting simplicity unlike any I’ve seen on the Switch. Your ship known as the Star Ghost is a rather clever vessel – not only does it always propel itself forwards but it will also constantly fire its weapons. All you need to worry about as the pilot is keeping the spacecraft ‘afloat’ on screen by tapping and holding the A button. The left analogue also acts as a means to adjust your aiming ever so slightly as well as activate a traction field. Unfortunately the former never feels enough to be truly worthwhile. The latter though proves useful for dragging much-needed power-ups toward you. 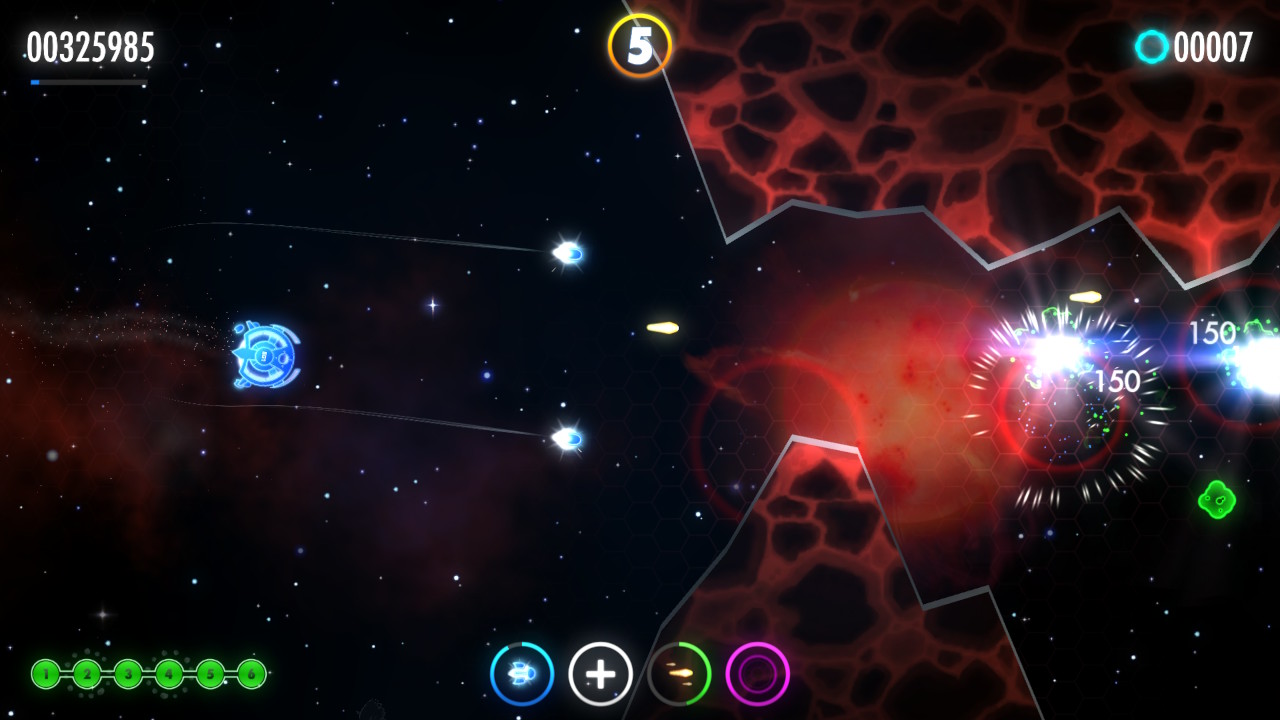 Initially the idea of not being able to control where you fire your lasers feels unusual, as does feathering your thrusters to navigate the dangers ahead. My first few attempts were often short-lived, over thrusting my ship into the screen’s limits or accidentally falling into the path of an enemy. However, after getting used to the ship’s engine and how it responded to my input my progress furthered.

Fortunately, you’ll also have an assortment of upgrades and power-ups to help you on your increasingly difficult journey. Increased fire rate and spread make shooting a much easier task while improvements to shields and your traction field also prove helpful. These perks can randomly spawn from defeated enemies or be purchased with the game’s currency at the end of rounds, which too falls from destroyed foes. Unlike other shooters where you might always be working toward permanently improving your ship, these upgrades are only temporary meaning you’ll need to constantly keep on the lookout for more power-ups. It’s a unique approach and one that will keep you on your toes as you not only try to manoeuvre out of harm’s way but also snap up these goodies too. 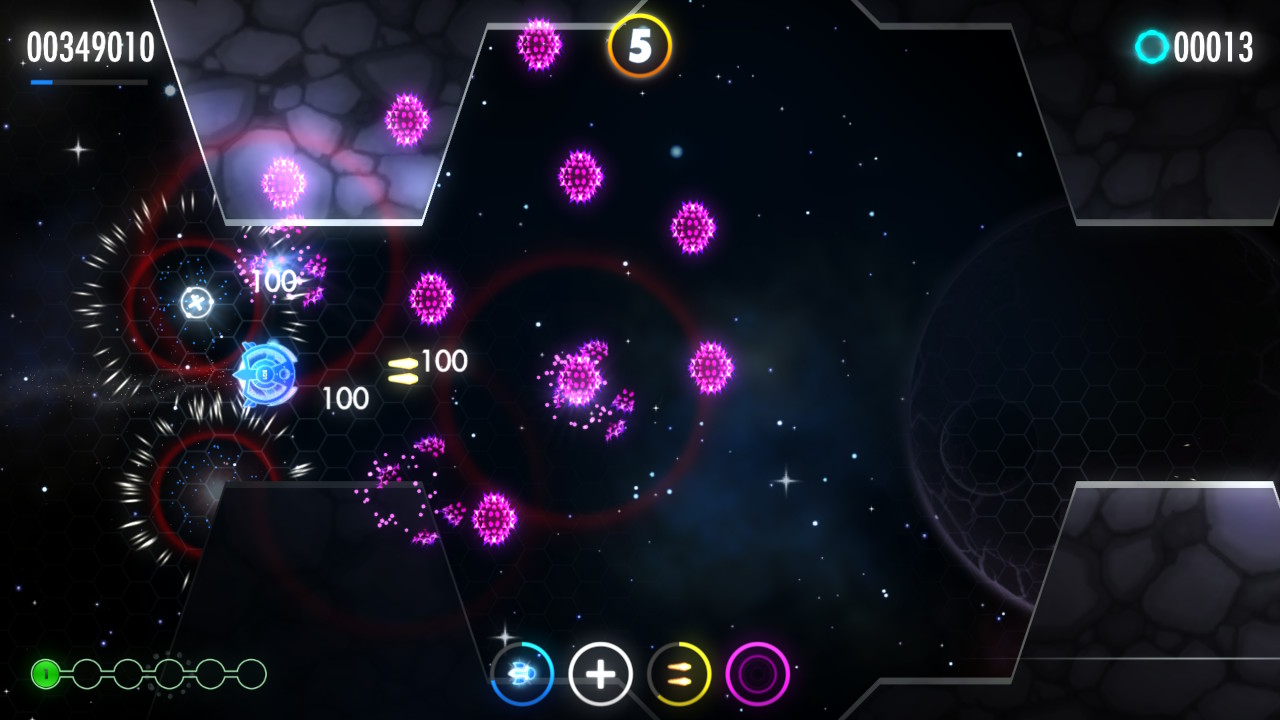 The adventure itself is split into twelve sectors each consisting of a select number of stages. Every stage is also dynamic meaning no two visits will ever be the same. This is good news when it comes to unpredictability but bad news for those who enjoy memorizing enemy attack patterns and level designs. While a majority of stages will see you simply trying to make it through waves of varying enemies you’ll also come across situations where you’ll be chased by what is known as a ‘Sentinel’. These put you on the defence as the ship chases and fires at you making life even more difficult.

Star Ghost is very much going for an arcade-feel without save points or passcodes to skip sectors. Instead, it’s beat the twelve sectors or die trying. And while the difficulty can escalate the further you progress, the opening few sectors pose little threat, especially after repeated playthroughs. As you can imagine having to return to these easier sectors can grow tiresome especially when you just want to get back to the tougher ones. 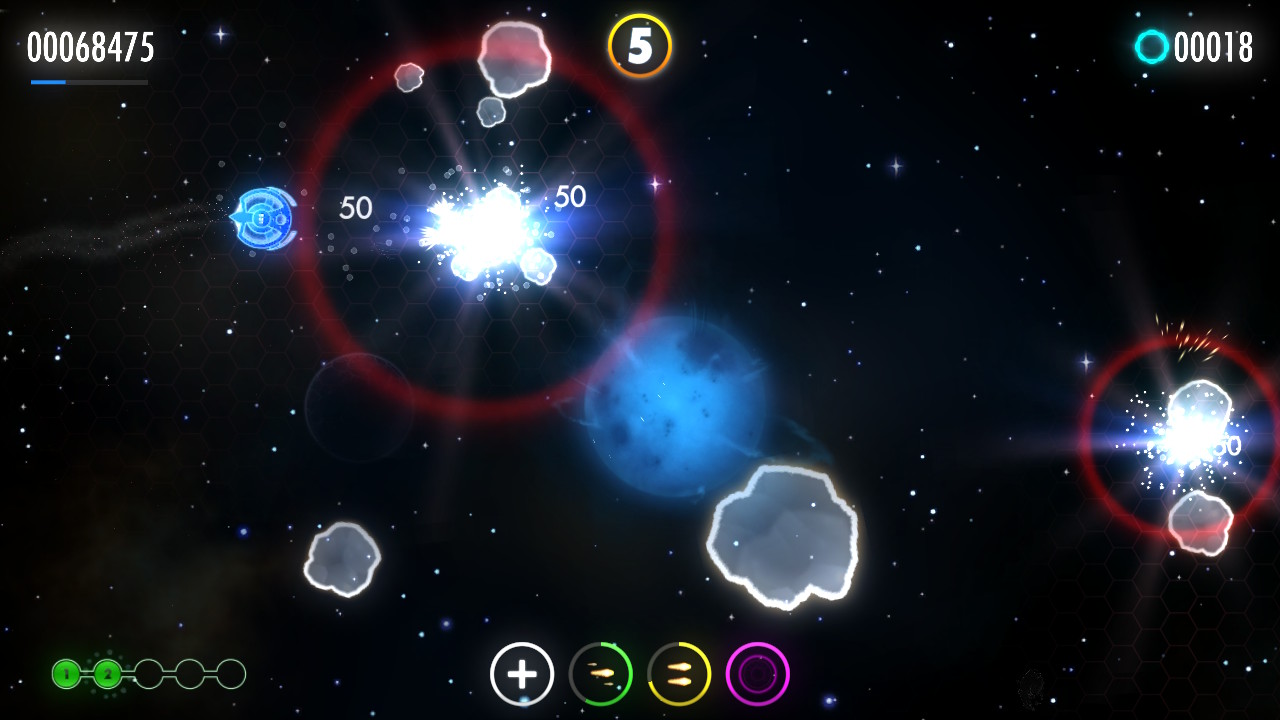 Outside of the main adventure though that is pretty much all the game has to offer you. High scores are tallied and trying to topple your older scores does have merit, however, a lack of online leaderboards feels like a huge oversight especially for a game of this genre.

Aesthetically Star Ghost isn’t anything too special, spacecraft simple in design and the sectors you travel lacking in any real character. On the flip side, it’s this simplicity that means even in the most heated of battles with lasers flying everywhere you’ll still be able to make out what is happening. As for the audio, voice work is slight but gets the job done and the soundtrack handled by David Wise (known for his work on the Donkey Kong Country series and more recently Yooka-Laylee) fits the sci-fi feel the game is going for.

Star Ghost is a simple but effective game. Easy to grasp but tough to master, the fast-paced shooting action is perfect for quick return visits on the go or between bigger games. What it lacks in content it makes up for with addictive and fun gameplay.