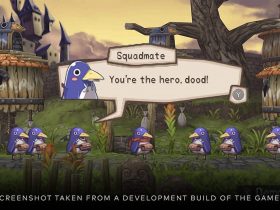 Prinny 1•2: Exploded And Reloaded Delivers A Double Dose Of Dood On Nintendo Switch

Nintendo of America has released a new “Nintendo Switch My Way” commercial to advertise Super Smash Bros. Ultimate, but, in doing so, has leaked that Stage Builder will soon be added to the mascot brawler.

Literally a second into the commercial, the actor can be seen reaching for their Joy-Con Grip and, on the TV display behind them, Stage Builder can be seen as a menu option. That would see the mode return under Games & More, where it would be placed next to other “Edit” elements in the game like Mii Fighters and amiibo.

Stage Builder was introduced in Super Smash Bros. Brawl and had allowed players to spend time creating their own custom stages – whether small, medium, or large in scale. You would then use stage parts like platforms, blocks, tunnels, and Baboon Statues to bring them to life, to then upload them to the game server to battle it out with others on.

It was refined for its return in Super Smash Bros. for Wii U, where players could use the Wii U GamePad to more easily draw platforms to help shape their stages. However, it was absent when Super Smash Bros. Ultimate launched on Nintendo Switch. That is until now, with the mode seeming a likely addition for the upcoming update version 3.0.0.