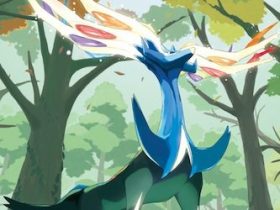 Pokémon X & Y sold out across Japan as launch approaches

Having already rocked out across Japan, Nintendo has announced that the Squid Sisters will perform live in concert at Japan Expo 2016.

That will take place on Friday 8th July, although it hasn’t been indicated whether attendees will need to apply for tickets or whether it will be open to all at the venue.

This comes after news that Nintendo will release a new Splatoon Live In Maku-Hari album, which will include recordings from the Inkopolis idols performances at Game Party Japan and NicoNico Choukagi.

The #SquidSisters are coming to Europe: Callie and Marie will perform live in concert at Paris's @JapanExpo 08/07! pic.twitter.com/SRbx6tIS7Q