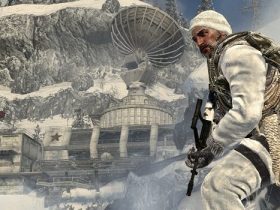 Whilst Square Enix may have already announced that Dragon Quest X is currently in development for Wii, comments from Yoichi Wada, Chief Executive Officer of the publisher, have pointed towards its consideration for Nintendo’s forthcoming Wii U platform.

Wada was asked during a shareholder’s meeting earlier today as to the logic of releasing the game for the Wii when it is considered to be past its prime, to which he responded that Square Enix would consider making it compatible for both the Wii and Wii U.

He also stated that the company are currently performing technical investigations as to how they can support the Wii U -I’m hoping that we’ll see a return of the core Final Fantasy series to a Nintendo platform…!