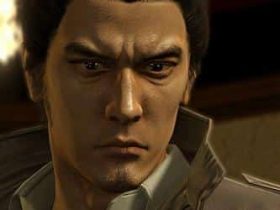 Nintendo UK have “the utmost confidence” in Splatoon‘s potential, sharing that their “substantial” marketing campaign will match that devised for Mario Kart 8 last year.

That in itself was treated to a year-long marketing campaign, although Splatoon is being advertised through digital billboards, advertisements ahead of cinema blockbusters Tomorrowland and Mad Max: Fury Road to target children and adults respectively, Cartoon Network sponsorship, a Splatoon-themed skatepark in Corby, and rounded off by a digital campaign that began in April.

“We have a substantial campaign planned for Splatoon. To give you an idea of the scale, we’re matching Mario Kart 8 – that’s the potential we think Splatoon has,” Nintendo UK marketing manager Chandra Nair explained to MCV.

“We have the utmost confidence in the potential of Splatoon. It gives retailers a fantastic art style that stands out in-store or on-screen and it also offers various up-sell opportunities with the accompanying amiibo. It’s a really interesting game for us because it allows us to expand out to a group of people who may never have considered Wii U before.”

Splatoon will launch exclusively for Wii U in Japan on May 28th, and everywhere else worldwide on May 29th.