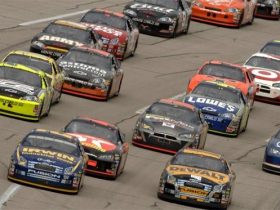 Nintendo has at long last revealed when Splatoon‘s next Splatfest will take place, seeing Inklings in North America and Europe once again take sides.

Those in North America will have to choose between which food they would rather roast over a campfire, voting for either marshmallows or hot dogs. You can get in on the ink-action from Friday 7th August at 9pm PT, and will run until Saturday 8th August at 9pm PT.

Whereas players in Europe will be asked to vote as to whether they prefer the North Pole or South Pole. With Christmas mere months away, I’d recommend keeping yourself from being placed on Santa’s naughty list with that one…

These Splatfest events take place shortly after the Wii U exclusive’s major software update which will be live on Thursday 6th August, and will deliver two matchmaking modes, Slosher and Splatling weapon types, more gear, and increased level cap.

Splatfest will be held from 8/7 at 9 PM PT until 8/8 at 9 PM PT! Let us know what you’d rather roast over a campfire! pic.twitter.com/UDcTOLiscI

The next European Splatfest in #Splatoon will be on 08/08 at 19:00 CEST! North Pole or South Pole? pic.twitter.com/UsP2eyl1pL