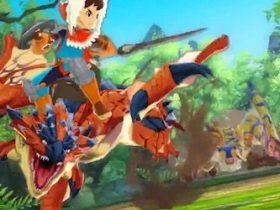 Monster Hunter Stories to be playable at Tokyo Game Show 2015

Nintendo have already revealed that they were “not so optimistic” about how well Splatoon would perform at retail, but the Wii U exclusive continues to defy expectation.

Wii U’s Nintendo eShop charts are openly shared on Nintendo of Japan’s website, which are divided into charts that rank software released recently and all-time based on their generated sales.

In Japan, Splatoon has become the best-selling title sold on the Nintendo eShop. Which is a remarkable achievement considering that it has dethroned Dragon Quest X and outpaces Mario Kart 8, Super Smash Bros. for Wii U, Super Mario 3D World, Pikmin 3, New Super Mario Bros. U, Nintendo Land and Xenoblade Chronicles X.

As for how it compares against more recent releases, it currently holds a steady second place – beaten by Square Enix’s Live A Live and Mother on Virtual Console, which had been a surprise announcement at E3 2015.