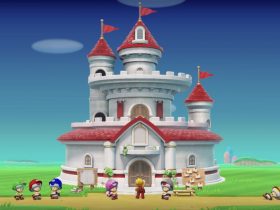 Nintendo has released a new software update for Splatoon 2, which sees the ink-based shooter now on version 4.6.1.

This update has, somewhat mysteriously, implemented fixes related to unspecified “data” that relates to an upcoming release. Whatever that means.