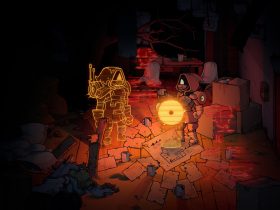 Nintendo has released a new software update for Splatoon 2, which sees the kaleidoscopically-colored ink-based shooter now on version 4.6.0.

This update has introduced the 10 weapons from Sheldon’s Picks that were revealed in January, and two additional weapons in the Clear Dapple Dualies and Tenta Camo Brella.

It has been confirmed that these are the final weapons that Nintendo will add to the game, and, to list them out with their sub weapon and special weapon, they are:

Nintendo has also added a new feature in weapon badges, that “act as marks of pride showing just how much you’ve used a particular weapon.” These will track how many points you have inked with each weapon, and once you reach 100,000, 500,000, 1,000,000, and the maximum number you will unlock them – which can be viewed on your player status screen and the equip screen.