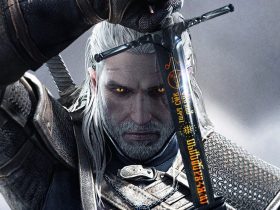 The Sidekicks has announced that Splasher is in development for Nintendo Switch, a 2D platformer that has been set in a crazy cartoon universe.

Splasher is a 2D platformer with unique arcade/action gameplay. Set in a crazy cartoon universe, it offers gamers challenges that require agility, speed and fast reflexes.

The Splashers are in great danger, otherwise peaceful workers at Inkorp’s paint factory that are being led to their doom by the greedy Docteur.

You will play as a young hero that rises to fight for what’s right. Armed with a splatter cannon you can use colour superpowers to stick to the wall, bounce, or attack enemies. Saving the Splashers will challenge your agility, speed and reflexes, as you overcome whatever the factory throws in your direction.

With developer Splashteam praised for their inch-perfect level design, since the game’s release on Steam it has become popular with the speedrun community thanks to several competitive modes and world leaderboards.

Splasher will release on the Nintendo eShop for Nintendo Switch later this year.