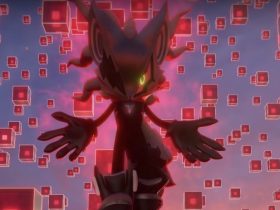 Proletariat has confirmed that their magic-focused battle royale game Spellbreak will be free-to-play at launch on Nintendo Switch.

“From the start, we wanted to make sure that it would be as easy as possible for Spellbreak players to play with their friends, and making the game free-to-play helps us reach that goal,” explains Proletariat CEO Seth Sivak. “Going free-to-play and ensuring the game will be cross-play on day one reinforces our goal of making sure Spellbreak will be accessible to as many people as possible.”

With support for cross-platform play, Spellbreak will see you fight to become an all-powerful battlemage, weaving spectacular spell combinations, crafting strategic builds, and master your environment to dominate the Hollow Lands.

Whether battling as a solo competitor or teaming up with friends in a non-stop quest for survival, with six classes to choose from such as the Pyromancer that can cast massive Flamewalls, the storm-riding Tempest who can launch themselves skyward with a Tornado or the Frostborn who can lay a path of ice to skate on.

Spellbreak will release on the Nintendo eShop for Nintendo Switch worldwide in 2020.