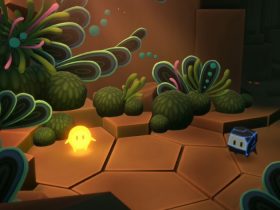 tinyBuild and DoubleDutch Games have confirmed a release date for SpeedRunners on Nintendo Switch.

With more than seven million copies sold across all platforms, this cut-throat, multiplayer running game takes place in a city filled with superheroes where getting to crimes becomes a competition on its own.

Whether locally or online, up to four players are challenged to run, jump, and swing around, using devious weapons and gadgets such as rockets, bombs, grappling hooks, and spikes to knock their opponents off-screen.

SpeedRunners will release on the Nintendo eShop for Nintendo Switch worldwide on 23rd January 2020, with a free demo now available.