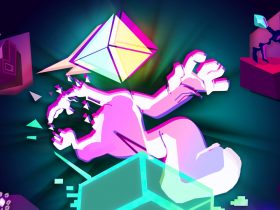 Lining coloured objects together in video games just feels good. Whether it’s swapping gems in Bejewelled or nailing a huge chain in Puzzles and Dragons, watching the end result unfold onscreen is both fun and hugely satisfying. Sparkle 2 is another such game where colour coordination is key and after releases on Xbox One, PlayStation 4 and plenty more devices, it’s now the Nintendo Switch’s turn to play host to this match-three action puzzler.

If you’ve ever played the Zuma or Luxor series before then you should feel right at home with Sparkle 2. In it, you take control of a rotatable launcher shooting marbles at a rolling snake made up of other marbles in order to match three or more of the same colour. Doing so removes the group from the snake. Each stage sports its own layout for the snake – or snakes – to follow where the aim is to simply remove every marble before it reaches the hole or holes at the end of each respective route. It sounds simple on paper but in practice requires quick thinking, plenty of timing and most of all composure. 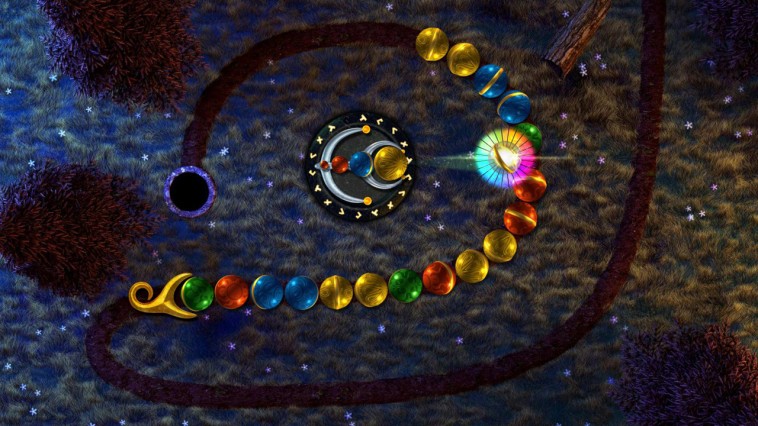 To its credit, the game’s story mode does try to inject some sort of meaningful narrative into what is essentially just shooting coloured marbles at other marbles. The British sounding narrator guides you through the game’s 90 plus stage map explaining how you need to locate five enchanted keys in order to unlock their hidden secrets. Throwaway as it all sounds, thankfully the game doesn’t dwell too long on the storytelling dropping you into the action very swiftly.

Sparkle 2 eases you into the world of marble-shooting at a nice pace with early stages giving you a chance to get to grips with the game’s mechanics. As you progress through the adventure though things do start to ramp up. New colours will be added, snakes will roll at a faster pace or levels may have two or even three holes to deal with making things tougher to deal with. Powers and enhancements help swing things back in your favour though. The former appear randomly on the playing field and when shot offer one-time use powers – from explosive marbles to slowing the rolling snakes momentarily. They’re often satisfying to use (especially when done perfectly) and more importantly can help get you out of sticky situations.

As you complete levels you’ll also unlock permanent enhancements that can be assigned to your launcher. These again look to aid you in successfully finishing levels be it by lowering the difficulty at the expense of more snakes to destroy, faster firing rate or extra power-ups for matching certain colours. While power-ups are nothing new to these types of games, the steady unlocking of them as you continue through the story gives a strong sense of progression and reward to the player. 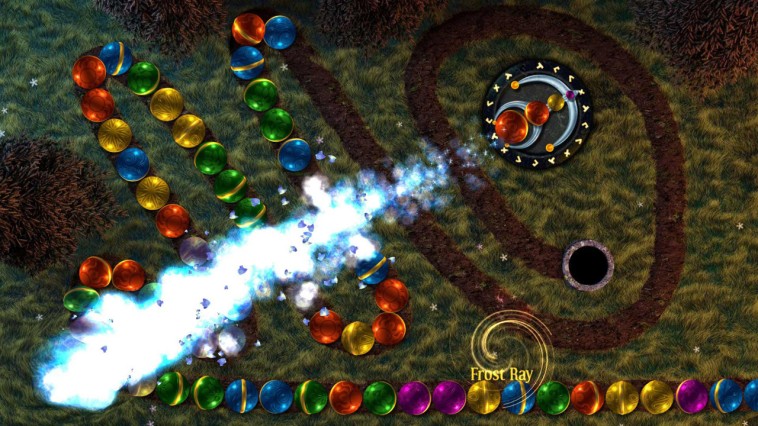 Outside of the game’s story mode, you have two other options. Endless mode is exactly that, seeing you take on a selection of levels only this time trying to last as long as possible with an endless train of marbles. Challenge mode meanwhile doesn’t actually feel like another mode instead just throwing more levels at you with five varying difficulties. Annoyingly the game forces you to start on the easiest setting and work your way up for every stage, a task that quickly becomes a bit of a chore.

When you’re in the zone playing Sparkle 2 you’ll feel like an unstoppable force, matching colours one after another, making the best use of an explosive marble or setting up a long combo. When things start to go wrong for you though, this is where the game can turn frustrating. As you can imagine being within arm’s reach of the finish line only to make a few errors and lose a snake down one of the holes isn’t the best feeling especially if you’ve just spent five minutes reaching this point. With failed attempts resulting in you repeating the level once again all it takes is a couple of dud efforts (especially on a higher difficulty) to make you want to call it quits.

This is perhaps why Sparkle 2 is best played in bursts rather than extended sessions and with the Switch’s handheld capabilities the game feels at home on the device. A few levels on the plane here, a couple more before playing The Legend of Zelda: Breath of the Wild there – it’s the ideal way to play. 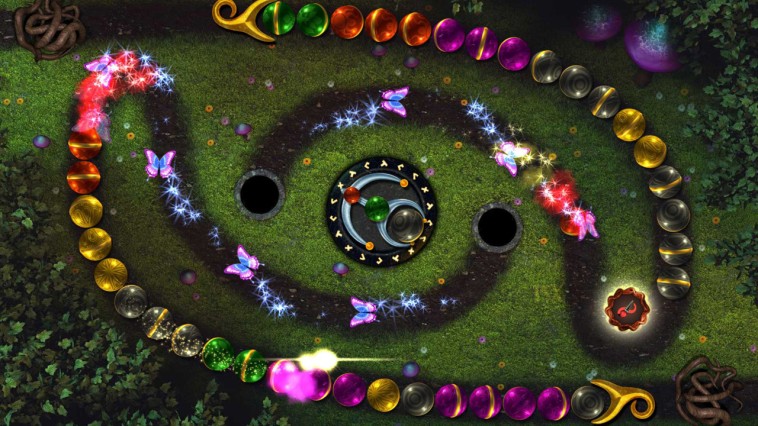 It does little to stand out visually, but its fantasy-style setting at least helps give it some identity. More importantly, though, everything looks clean and clear with the game even offering a colour blind mode for those that require it. Likewise, the soundtrack, while adequate is limited in number with levels repeating tracks too often.

Sparkle 2 doesn’t bring anything incredibly new to the puzzle genre, but that doesn’t stop it being an addictively enjoyable experience. Best played in short bursts, this connect three puzzler feels right at home on the Switch and its budget price doesn’t hurt either.