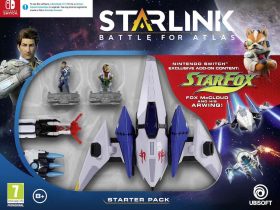 Ubisoft announced that South Park: The Stick of Truth will release digitally on Nintendo Switch next week.

This will see you play as a fourth-grade new kid who, foretold by the stars, will end a neverending war to earn your place as Stan, Kyle, Cartman and Kenny’s new friend.

Armed with weapons of legend and mystical armour, you must defeat underpants gnomes, hippies and other forces of evil.

That will lead you to discover the lost Stick of Truth – your success leading you to become South Park’s saviour, or failure dooming you to forever be known as a loser.

South Park: The Stick of Truth will release on the Nintendo eShop for Nintendo Switch worldwide on September 25th.