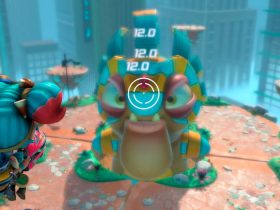 Zen Pinball 2 isn’t showing any signs of slowing down after the relentless barrage of Star Wars, Guardians of the Galaxy and The Walking Dead content.

Outside of that there are few clues, aside from an accompanying image that sees Kenny splattered by a colossal, metallic pinball. We can expect crude humour galore and plenty of jokes, and we’ll keep you posted as anything’s announced.