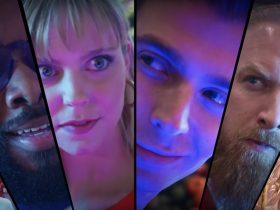 It has been announced that Sonic the Hedgehog is to be awarded the first ever Outstanding Contribution Award at this year’s GamesMaster Golden Joystick Awards, due to take place this Friday.

A suitable award to receive during his 20th anniversary year, SEGA’s Sonic series has achieved sales of over 70 million copies worldwide during such a period. 1991 Mega Drive release Sonic the Hedgehog was where it all began, allowing the speedy blue hero to begin to amass a loyal legion of fans.

“We are so excited that Sonic has been awarded the first-ever Outstanding Contribution Award at the Golden Joysticks,” commented Sonic Brand Director David Corless. “In today’s ever changing market it’s rare for a character to last for 5 years – let alone 20. And that’s testament to the popularity and longevity of our blue blurred mascot. This award couldn’t have come at a better time as we celebrate Sonic’s 20th Anniversary and with the amazing Sonic Generations just around the corner. Here’s to the next 20!”