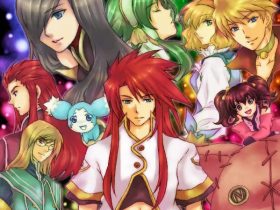 Tales of the Abyss dated for Europe, the Middle East, Africa and Australia

Paramount Pictures has released the first trailer for the Sonic the Hedgehog movie, leading with the tagline that “he’s a whole new speed of hero.”

They join forces in an effort to stop the villainous Dr. Robotnik – played by Jim Carrey – from capturing Sonic and using his immense powers for world domination.

The Sonic The Hedgehog movie will release in cinemas worldwide this November.