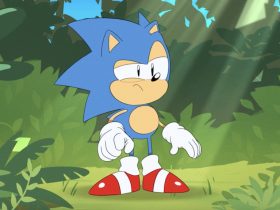 Ahead of the arrival of Sonic Lost World, SEGA have announced that their iconic blue blur will appear in his first-ever CG animated series.

With details shared through the SEGA blog, the publisher has confirmed that it will be called Sonic Boom with SEGA of America and Genao Productions set to co-produce.

Described by the publisher as a “character driven comedy,” Sonic Team’s Takashi Iizuka is overseeing the first series’ creation which will air in 2014 with 52 11-minute episodes.

In North America it will be shown on Cartoon Network, CANAL J and GULLI in France, with partners being sought for other regions.

“Sonic is the star of the Sega universe and the stage is now set for him to shine like never before,” SEGA’s Hiroyuki Miyazaki explains. “By teaming up with world-class partners in television animation like Cartoon Network, Genao Productions and GULLI, we’re ensuring that the Sonic legacy will be introduced to a new generation of children across the globe.”