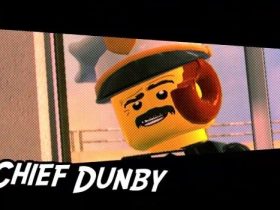 The third game to be produced as part of Nintendo’s worldwide partnership with SEGA has emerged in Sonic Boom, a Wii U and 3DS exclusive.

This four-player tie-in, created using CryEngine 3, will serve as a prequel to their computer generated animated series of the same name, described by the publisher as a “character driven comedy.”

This franchise reboot will see the central characters of the series (Sonic, Tails, Knuckles and Amy) once again undergo a significant redesign, and we can catch our first glimpse of it in action below, revealing that all four characters will be playable whilst each seeing their own individual set of skills being put to use.

It’s a mix of traditional platforming elements with levels geared around Sonic and pals speeding through environments, with a new Enerbeam tether mechanic switching things up. The most surprising thing? It is not being developed directly by Sonic Team, SEGA’s studio instead collaborating externally with Big Red Button Entertainment and Sanzaru Games for the Wii U and 3DS versions respectively.