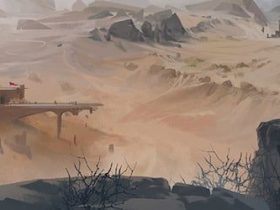 Shattered Crystal is a standalone adventure accompanying Wii U exclusive Sonic Boom: Rise of Lyric, where Sonic, Tails, Knuckles and new character Sticks look to rescue Amy after she is captured by new villain Lyric. Developed by Sanzaru Games, the game is more traditional in approach with added puzzles for players to solve.

Sonic Boom: Shattered Crystal will release on November 11th in North America, and in Europe on November 21st.