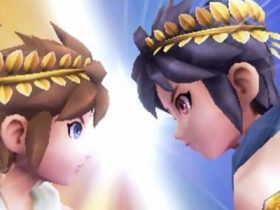 Sonic Boom: Shattered Crystal is the finalised title for the blue hedgehog’s return on 3DS later this year, SEGA have confirmed.

This is described as being a standalone adventure that will share key characters, events and lore of the Sonic Boom universe, and will place players in control of Sticks the jungle badger as she looks to rescue her best friend Amy from ancient villain Lyric.

While the accompanying Wii U game, Sonic Boom: Rise of Lyric, is geared more toward action-adventure and exploration, developer Sanzaru Games are placing more emphasis on platforming and puzzles. It’s also been teased that collectibles in the 3DS version will also unlock special content on Wii U.

Sonic Boom: Shattered Crystal will release exclusively for 3DS across Europe and North America this November.