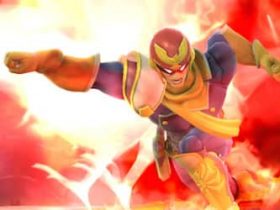 Watch the Super Smash Bros. for Wii U Direct here!

SEGA have announced that Sonic Boom’s accompanying computer-generated animated series will debut in the US on Cartoon Network on November 8th.

This premiere conveniently arrives alongside Wii U and Nintendo 3DS exclusives Sonic Boom: Rise of Lyric and Sonic Boom: Shattered Crystal, which launch in North America on November 11th. The games will serve as a prequel to the events of the series, and will star the same cast – Sonic, Tails, Knuckles, Amy and Sticks the Jungle badger – as they tustle with Doctor Eggman.

Elsewhere, Canal J will broadcast the show’s debut on November 19th in France, with plans for other territories to be announced down the line.