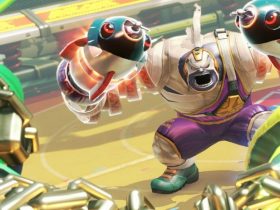 Way Down Deep and Galvanic Games have announced that Some Distant Memory will release on Nintendo Switch.

Set 300 years after the world had ended, any hope of recovering the past is all but gone. You play as the Professor, who is sent on a mission to find the sunken city of Houston.

You have systematically explored the wastes without any sign of the ruins, but that changes when, one day, you fall into an ancient house.

As you explore, your powerful AI companion ARORA starts to reconstruct the memories of those that once lived there from the artifacts that have been left behind.

That will let you uncover hints about what happened to civilization, and the secrets of the family whose tomb you’ve raided.