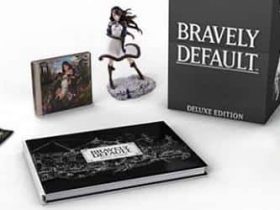 EnjoyUp Games have much to celebrate, as they share news that WiiWare release Soccer Up! (Football Up! in Europe) remains the number one downloadable game over the past two months in the UK, Spain and Italy. Further to this, it also remains within the top ten across all European countries.

Soccer Up! allows you to control every member of your team, as you dribble, confuse the goalkeeper and shoot to score. The ball has inertia, and players must show their ability to control it through making short and long passes, choosing height, effect and power before aiming for goal.

You’re also able to create your own teams within the in-game editor, and play with your Miis saved within the Wii’s Mii Channel.

“Thanks for all support from users, once again it demonstrates the big acceptance of independent games”, comments Julio Moruno, Game Designer of EnjoyUp Games. “Thanks to digital distribution channels like WiiWare a lot of people are playing again”.

Soccer Up! is available to purchased through WiiWare, priced at 500 Wii Points.