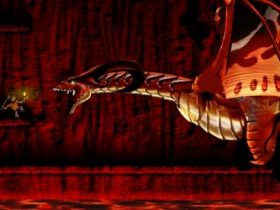 Starcaster Games has revealed that So Many Me: Extended Edition will release on Nintendo Switch this week.

This puzzle-platformer stars Filo who is woken from his peaceful “sleep and eat” lifestyle to set out on a quest of great importance.

This happens after a magical fountain splits Filo’s essence into hundreds of clones that are each shaped by an individual part of his personality.

These clones – called Me’s – are compelled to move when Filo does, and have the ability to turn into magical stone platforms that can be used to solve puzzles.

You can eat transmitter fruits to change the properties of these transformations or even perform special dances to transform into other creatures, such as the Jellysaur or Tankephaunt.

The game comes to the portable home console with both the Mystery of the Skulls and Flora’s Untold Story expansions included.