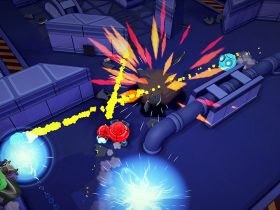 Rebellion has announced the release date and price for Sniper Elite V2 Remastered, as well as revealing a graphics comparison trailer for the authentic World War II sniping experience.

In Sniper Elite V2 Remastered, you play as the elite US sniper Karl Fairburne, who, parachuted into Berlin as the Nazi’s make their final stand, must prevent the V2 rocket program technology from falling into the Red Army’s hands. That will see you aid scientists keen to defect to the US while terminating those who choose to help the Russians.

With this remastered version, you can expect enhanced graphics, new playable characters, a brand new frame-by-frame photo mode, online multiplayer for up to eight players on the portable home console, and all the downloadable content that was released for the original game.