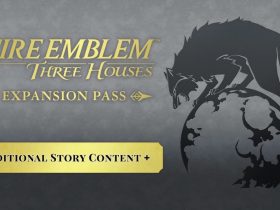 Sumo Digital has celebrated success with Snake Pass, after the physics-based, puzzle-platform adventure quickly became the best-selling game on the Nintendo eShop in the United Kingdom, France, Italy, Spain and the Netherlands.

The developer has since revealed that Noodle and Doodle’s adventures are far from over, and, with undiscovered potential with the concept, the team would like to have the chance to work on either downloadable content or a complete sequel.

“As we were creating Snake Pass we constantly had ideas that we weren’t able to implement. There’s so much potential still left in the idea that I think everybody who worked on it would love to realise that potential in either the form of DLC or maybe a sequel,” creator Seb Liese shared with Nintendo UK.

“Especially for DLC. When you make DLC, you’re going to assume that everyone who will buy that has fully finished and enjoyed the rest of the game. So we don’t have to worry anymore about difficulty; we know that everyone who is playing the DLC has mastered Noodle. And there’s so many crazy things that Noodle could still do, if only we were sure that people have the skills. So if and when we go DLC, you’ll get some really cool things that we know he can do.”

Snake Pass is now available worldwide for Nintendo Switch on the Nintendo eShop.