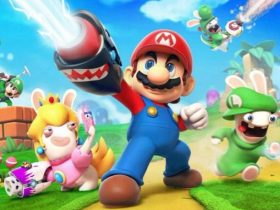 You will pilot the Glaive, a brick-breaking battle ship to smash your way through 125 stages with different powerups to help your destructive efforts.

There are multiple modes in Classic, Pong, Shape Breaker, and Boss Fight, and a two-player Versus mode that presents the chance to compete against a friend to see how can break the most bricks.

Glaive: Brick Breaker will release on the Nintendo eShop for Nintendo Switch on April 26th.