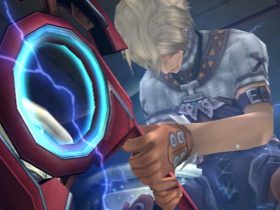 As a quirky close to the week, The Pokémon Company have shared a rather glorious Reggae music video starring none other than Slowpoke.

The dimwitted Pokémon is called “Yadon” in Japanese, and so has become associated with the Yadon Festival. Last weekend it was revealed that Mega Slowbro would be introduced in Pokémon Omega Ruby and Pokémon Alpha Sapphire, one of Slowpoke’s evolved forms – the other being Slowking.