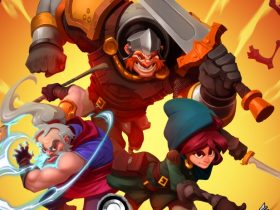 Headup Games has announced that Slime-san will see release on Nintendo Switch this week.

The action-platformer, developed by Fabraz, sees Slime-san unexpectedly gobbled up by a giant worm, and faced with being digested in a wall of stomach acid.

He must jump, slide and slime his way through the worm’s intestines to escape from its mouth, that will take him through 100 levels spread across the worm’s innards. Slime-san has abilities to help, whether that be sliming to slow time, dashing to speed up, or busting through brittle obstacles – each level being timed with online rankings for those looking for competitive and score-oriented play.

Slime-san will release on the Nintendo eShop for Nintendo Switch on August 3rd.