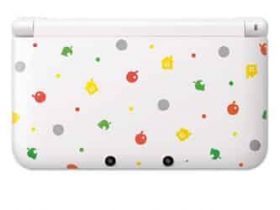 Activision have announced the next entry within their globally popular Skylanders franchise, set for Wii U, Wii and Nintendo 3DS later this year.

Skylanders SWAP Force invites Portal Masters to embark on an adventure to Cloudbreak Islands, upon which is a mystical volcano that erupts every hundred years to replenish the magic in Skylands.

An epic battle saw a brave group of Skylanders caught in its explosion, sending them down to earth but leaving them with a remarkable new power – the ability to swap halves. This turned them into the SWAP Force, who now lead the charge against preventing Kaos’ evil schemes.

Vicarious Visions are handling the Wii U version, n-Space are working on the Nintendo 3DS version, and Beenox are crafting the game on Wii.

“With Skylanders, we didn’t just create a beloved new franchise, we actually created an entirely new category that brings the world of physical toys and video games together like never before. And now with Skylanders SWAP Force, we are pushing the genre we created forward with another big innovation: customisation,” comments Activision Publishing CEO Eric Hirshberg. “The idea that kids can customise their own characters in the physical world, and have their unique combinations recognised in the virtual world, is an idea as big as the concept of bringing toys to life itself.”

Skylanders SWAP Force will release on Wii U, Wii and Nintendo 3DS later this year. The game’s teaser trailer awaits below!