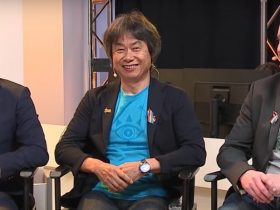 Miyamoto Comments On The Secrecy Around Nintendo NX

The Nintendo 3DS version of Skylanders SWAP Force will provide its own story, levels and special starter pack characters, Activision have announced.

Those that opt for the handheld entry will begin their quest in Boomtown, where the townsfolk are celebration Flynn as their hero. Though a new villain known as Count Moneybone kidnap Flynn’s friend Cali, ruining the festivities and seeing the Skylanders ensemble team up to rescue her.

The Starter Pack comes equipped with new characters Rattle Shake, Volcanic Eruptor and Free Ranger, which don’t accompany any of the console packs.

“Skylanders fans have been very supportive in expressing what they’d like to experience in the Nintendo 3DS version of Skylanders SWAP Force, and we really took their input to heart,” Activision Production vice president Alex Peters expressed.

“The game plays smoother and crisper than ever before, and with kids’ collections becoming larger and larger, we were able to add more depth and gameplay variety than any other hand-held version of Skylanders.”

Skylanders SWAP Force will release across North America on October 13th, and Europe on October 18th.